It’s the Season of the Witch

The BEST witch ever — Margaret Hamilton in “Wizard of Oz”

Donovan Season of the Witch

The Sonics THE WITCH

Johnny Cash The White Which of Rose Hall

Here’s some more great tunes to get you in the spirit!

And there is much more to come in the next few days, it’s my favorite season! Tomorrow’s theme will be “witches“.

Diamanda Gala: I PUT A SPELL ON YOU

Misfits: DIG UP HER BONES

HIM: DON’T FEAR THE REAPER

Siouxie and the Banshees: SPELLBOUND

Bush Tetras: TOO MANY CREEPS

Iron Maiden: THE NUMBER OF THE BEAST

Some Ghostly Good Tunes for Halloween

Yesterday we did devils, today’s Halloween theme is ghosts.

Psychedelic Furs: GHOST IN YOU

Rowland S. Howard & Lydia Lunch: I FELL IN LOVE WITH A GHOST

The Cure: THE HUNGRY GHOST

Devil’s Gonna Get You 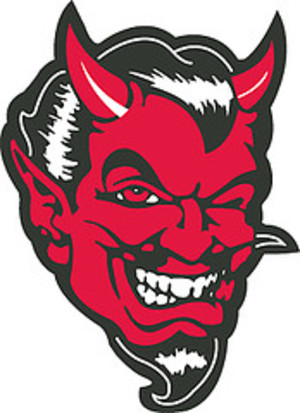 Gearing up for Halloween, here’s some devilishly cool songs!

Bessie Smith: Devil’s Gonna Get You

CRAMPS: DEVIL BEHIND THAT BUSH

Rolling Stones: Sympathy For The Devil 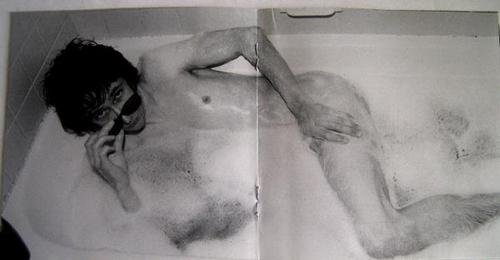 Stiv Bators is one of my favorite talents ever. Every band he was ever in was gold: The Dead Boys, The Wanderers, Lords of the New Church, and let’s not forget all his solo stuff.

There’s just too many goodies to choose from, but here’s a few of my favorites:

LORDS OF THE NEW CHURCH

Like most young girls in the 1970s, I was a Bay City Rollers fan, from ages 12 to 13, until I started getting into harder rock, like KISS and Aerosmith.

Interesting story, when I was 17, well into punk rock by then, I had the opportunity to meet The Bay City Rollers when they were recording in New Jersey.

I don’t know how she did it, but a friend of mine found out where they were staying and got invited to the mansion, which looked like a castle. It was unbelievable — hanging out with The Rollers!

The entire mansion was filled with adoring young ladies, and one guy who was their roadie.

They were all there: Eric, Derek, Woody, Duncan and Alan.

Woody looked just like a cartoon character, it was so surreal. His accent was so heavy I couldn’t understand what he was saying. They were all so nice, but my favorite by far was Eric — he just had the best personality.  All night long he was calling me “Punkette” because I was wearing a leather jacket with a Billy Idol button on it.

Eric was a lot of fun and definitely one of the coolest rock stars I ever met.

Here’s some recent footage of him, he’s still a cutie!

Happy Birthday to another great talent, Richard Carpenter, best known for his work with his late sister, Karen.

They have so many amazing songs, that were covered by many modern acts including Redd Kross and Sonic Youth.

With so many gorgeous songs to choose from some of my favorites include:

All You Get From Love is a Love Song

I Won’t Last a Day Without You

For All We Know

I honor Tanya Tucker today on her birthday because she performed one of the saddest, prettiest songs I ever heard in my life, “Spring.”

The sound quality isn’t that great, but listen to the words, and if you have half a heart, you’ll be crying your eyes out. Whenever she sings, “I’ve waited a long, long time for you” I can’t help but think how much I love my husband and how lucky I am to be married to the most amazing person I ever met in my life.

I’ve been a music fan for as long as I remember. I remember hearing songs on the radio when I was very young (maybe as young as 3?) Music was always big in our household. It was the mid-1960s and artists in steady rotation included: Barbara Streisand and Tom Jones. But when we got in the car, I remember my favorites included “I’m Gonna Make You Mine” by Lou Christie and “Honey” by Bobby Goldsboro.

Whether a song made me happy or sad, I knew I really liked something when the tune stuck in my head, or I got goosebumps. My grandmother listened to older music, like Dean Martin. I liked that too.

When it came to music, there honestly wasn’t much I didn’t like. Later on I favored Sonny & Cher and brought all their cassettes and records.

Throughout my childhood, it was all about AM Gold — Top 40 hits you’d hear on the radio. And that music still holds dear to my heart. But for a brief time, during my awkward years, I switched to FM radio and started getting into Queen, Kiss, Aerosmith … almost anything DJs Carol Miller or Allison “The Nightbird” Steele played on the NYC FM stations, WNEW and WPLJ.

One afternoon I heard a bizarre song that had a baseball play in the middle of it. I waited to hear who it was. “Meat Loaf.”

What an odd name for a band, I thought. And later learned Meat Loaf was the singer — who was huge (at least by 1970s standards).

I immediately went out and got the album. With my allowance of $5 a week for lunch money, I discovered that if I brown bagged my school lunches, I could buy a record at Corvettes once a week. Slowly, but surely, my album collection was building.

I had a cousin named Jimmy who had over 1000 record albums. I made a healthy vow to catch up with him!

I was such a shy kid, it never occurred to me to go to a concert. The thought of being around so many people wasn’t enticing to me. Until I was 14 and started dating a much older boyfriend, Joey. He wanted to take me to see Queen, but my mother said absolutely not.

“They smoke pot at those rock concerts.”

Then another one of my favorites, Meat Loaf, was playing at Montclair State University. Joey wanted to take me, but this time we played it cool by sneaking to the show.

Going to a live concert was an unbelievable high!

First up was a warm-up band. A cover band called “Stars.” They opened with “Magical Mystery Tour” by The Beatles.

I clapped and supported them. I was never one of those people who trashed the warm-up acts. I just loved all kinds of music and really got into them. (And to this day, I have to admit I do like most warm-up acts!)

So I saw Meat Loaf perform all his hits from his first album, “Bat Out of Hell” along with the beautiful Karla DeVito who sang on stage with him (Ellen Foley was the female singer on the album though and she was great too!)

I walked backward soaking up every last bit, as Meat Loaf and Karla DeVito sang to each other … and I was a very happy 14-year-old.

Here is my favorite song from that album:

BAT OUT OF HELL