Archive for the tag “mick karn”

Happy Birthday to Some Amazing Ladies!

Today we have some amazing women to celebrate, in no particular order.

First up, Wendy O. Williams, of Plasmatics fame! Wendy O. died in 1998. She was a total inspiration to me as a teenager. I saw her band many times and got to meet her too. She was super nice.

Here’s a Plasmatics tune and their outrageous stage show:

Today is also the birthday of Gladys Knight.

Here is my favorite song by her:

You’re the Best Thing that Ever Happened to Me

It’s also Kylie Minogue’s birthday. I love this piece she did with Nick Cave:

It’s also my Mom’s birthday. She really loves this song by the late Mick Karn:

Now how’s that for some eclectic musical enjoyment?

Some Ghostly Good Tunes for Halloween

Yesterday we did devils, today’s Halloween theme is ghosts.

Psychedelic Furs: GHOST IN YOU

Rowland S. Howard & Lydia Lunch: I FELL IN LOVE WITH A GHOST

The Cure: THE HUNGRY GHOST 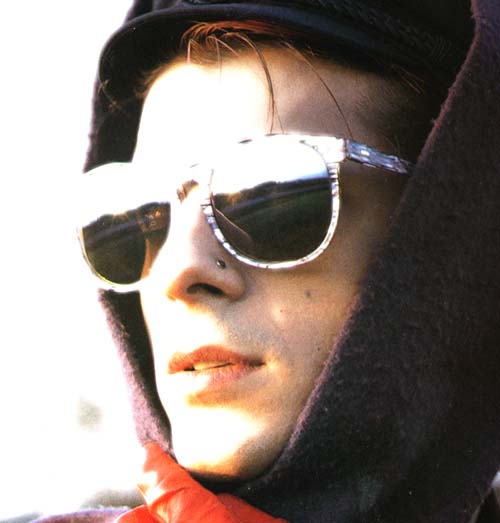 My favorite bassist of all time. And “Sensitive” is one of my favorite songs.

The first time I went there, I was barely 17 and a friend took me there to see The Stranglers. It was my first experience with breaking a curfew, as bands didn’t go on until 2 a.m. back in those days (which was great for older “kids” who went to college or worked because you could put in a full day, shower, eat and nap before a night on the town, which usually began no earlier than 11 p.m.)

I was hooked on this dance club. First of all because back then there weren’t “all ages” shows like they have today, so there weren’t places for a teenager to go. But for some reason the bouncers/door people were very easy going in regard to not checking IDs.

Second, because they played great music. All the popular new wave songs from the 1980s.

In spite of my grandmother’s warnings that the club could get shut down if our ages were ever found out, my younger sister and I went to Aldo’s on a regular basis.

There are so many stories to tell about this place, but one of the nights that I had the most fun was June 17, 1983, the day my sister turned 17. (I was 19 and the drinking age was 19 at that time, so I was finally there legally, but she wasn’t).

A DJ named Brian always played cool new wave music on Saturday nights. Brian was super skinny, had a bat tattoo on his upper arm and dressed like David Bowie did during his 1980s phase. Many Aldo’s patrons thought Brian was the coolest. But considering our very young age, my sister and I thought he looked like a younger version of our grandfather (even though Brian was probably only in his 20s, but mind you that is SO OLD to someone who is just a teenager!)  We even secretly nicknamed Brian, “Poppy” after our grandfather.

But Brian was very nice to us. As all the staff at Aldo’s was. I think they knew we were underage but they looked after us.

When I mentioned it was my sister’s birthday to Brian that night, he played David Bowie for her because that was her favorite at the time. Brian then came out from his DJ booth and on to the dance floor to wish my sister a Happy Birthday.

Then he played two Japan songs, back to back, for me!

When the clock struck midnight, and it was officially my sister’s birthday, he played another David Bowie song.

This was a very special night, and a very positive story about a young person (DJ Brian) looking out for even younger people.

Even though teens and 20s are a huge age difference, that’s just how it was in the 1980s. Music brought like-minded people together. And it felt so good not to be thought of as “just a kid” and that someone cool paid attention to us youngsters!